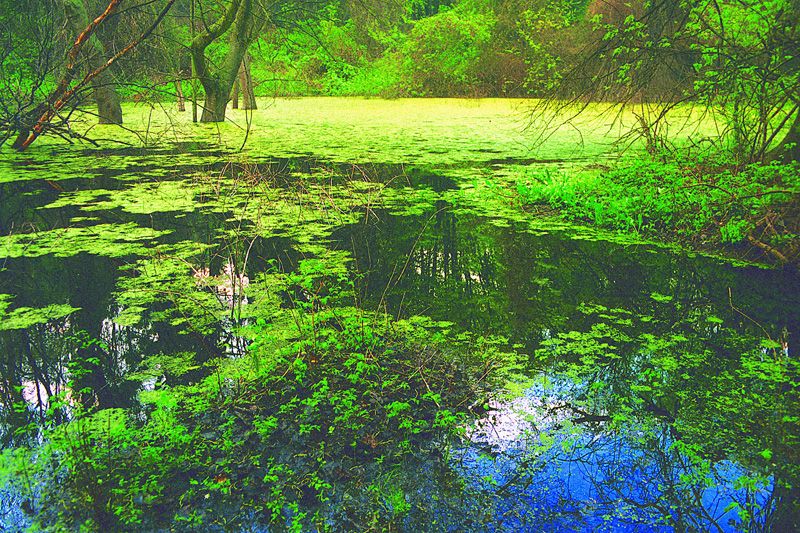 Zlatni Pyasatsi Nature Park is the smallest Nature Park (13.2 sq.km) in Bulgaria. The Park was declared as protected area for conservation and protection of valuable habitats, flora, fauna and specific landscapes in 1943. The Park is part of the European network Natura 2000 as a Special Area of Conservation named Zlatni Pyasatsi.

The Nature Park is situated 17 km northeast from Varna. The area is parallel to the coastal line, forms the west border of the resort Golden Sands (Zlatni Pyasatsi) and reaches the Kranevo village in north. Park's average length is 9.2 km and average width – 1.2 km. The highest point is Chiplak Tepe (269.3 m a.s.l.), and the average altitude is 110 m. The idea for the establishment of a Park in thе area dates back to 1915, but it came into reality on 3 February 1943, when the Ministry of Agriculture and State Property declared 2.4 sq.km of the State Forest “Hachuka” for a National Park Zlatni pyassatsi (Golden Sands). The Park is the second declared Park in Bulgaria, after Nature Park Vitosha. When in 1943 the Nature Park Zlatni pyasatsi (Golden Sands) was declared, no one assumed that 13 years later in its seaside area will be built one of the biggest Bulgarian sea resorts. The Golden Sands resort took also the name of the Nature Park – Zlatni Pyasatsi.

This website stores cookies on your computer and works with web analytics systems to optimize the website and provide you with personalized service. By using the website, you agree to the use of cookies or tracking. Due to the new GDPR (General Data Protection Regulation), every online company is required to give the user the option to deactivate tracking. This can be done in our privacy policy, which also provides more information on the subject.

I understand and accept